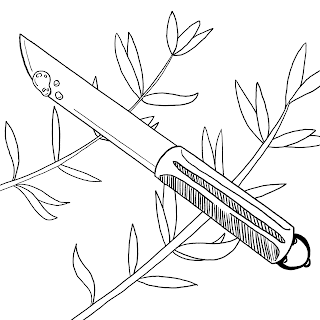 It was a beautiful day for the final part of their trip into Bethlehem. The sun was shining and the temperatures were not too hot, nor too cold.  The travelers had last seen the cool waters of the Jordan River at about noon yesterday, as they then turned westward and headed toward Bethlehem. Daniel and Joseph had loaded up some water at that time, but since the weather was so nice, there wasn’t any question of making it the rest of the way with the water they had gathered.

Rebekah and Esther didn’t mind the walking.  They had taken some breaks from riding in the cart during the journey from Nain, but had never spent a full day walking.  It felt good to walk alongside the cart, with Imhotep following close behind.  Rebekah looked over at Mary riding comfortably on the donkey.  Joseph led the donkey, but the donkey offered no resistance whatsoever. She couldn’t recall a time when she saw the donkey behaving so well. She was glad that Mary was able to rest as they got closer to Bethlehem.

It was almost noon when the little town of Bethlehem finally came into view. Though not very large, it seemed bustling with people.  Shortly after seeing it, they began to hear sounds coming from the town.  It was hard to distinguish anything that was being said, but it became obvious that there was a great deal of activity taking place in Bethlehem. The travelers stopped under a small grove of frankincense trees, which provided some great shade as the temperatures were beginning to rise in the midday sun. Daniel and Joseph helped Mary dismount the donkey while Rebekah and Esther spread a blanket for everyone to sit upon.

“How was the ride?” Rebekah asked Mary.

Mary sat down and smiled up at Rebekah, “It was wonderful to have a morning free from having to walk so much. I’m pleasantly surprised at how comfortable the ride was.”

“I’m glad to hear that.” Rebeakah beamed. “I’m actually quite shocked at how well behaved our donkey was for you.”

As Rebekah and Esther brought the food over to the blanket, Daniel and Joseph went over to the nearest tree, where Daniel proceeded to make a small cut in its trunk with his knife. A milky white substance leaked out of the cut, and Daniel collected it on the blade of his knife.  He carried it over to the blanket, and set it down in the middle of the group of travelers as they began to eat their meal.

“What is that amazing smell?” Rebekah asked her father. It was a very clean smell that reminded her of lemons.

“That is the smell of frankincense. It’s produced by this tree and is very sought after,” Daniel told his daughter. “When that drop hardens, it can then be burned as incense in order to continue sharing its beautiful scent that we’re enjoying now.” They continued to breathe in the magnificent scent of frankincense as they ate their food and relaxed from the morning’s journey.

Next: Arriving in Bethlehem